Prof. Jophus Anamuah – Mensah, Chairman, College Governing Board
Prof. Jophus Anamuah-Mensah is a highly distinguished and renowned educationist. Professor Anamuah-Mensah, who started his primary education at Catholic Jubilee School in Cape Coast, has added several academic titles to his name. After obtaining a Bachelor of Science Degree in Education (B.Sc., Ed) from the University of Cape Coast, he went on to obtain a Bachelor of Science (B.Sc.) in Chemistry and a Master of Science (M.Sc.) in Chemistry from the same University. He also holds a Master of Arts (M.A.) in Science Education and Doctor of Education (Ed. D) in Science Education, both from the University of British Columbia. In addition, he has undergone several other reputable courses, including International Leadership Training, Practical Evangelism Course, and Seminar on Managing Change: Leadership and Strategic Change in Higher Education, and Seminar on African Universities and the Challenge of Knowledge Creation and Application in the New Century.

In 2006,  He was given a National Honour: Order of Volta, Companion by the Republic of Ghana. Prof. Anamuah-Mensah has spent a great deal of his professional life at the University of Cape Coast (UCC) and the University of Education, Winneba (UEW).

From 1985 to 1998 he worked and held several key positions at the University of Cape Coast and made very important contributions to academic work and the development of the University. Among others, he held the positions of Head of Science Education, Dean of Education (Faculty of Education) and Pro-Vice Chancellor. Undoubtedly, UCC benefited from his immense contribution.

A few of his contributions are listed below.

From 1998 to 2007 he served as the Principal of the then University College of Education of Wineaba (UCEW) and as the first Vice-Chancellor when it became autonomous as University of Education, Winneba (UEW). Additionally, he served as Director for a number of research centres of the Institution during this period. His contribution to UEW was tremendous. These include:

Prof. Anamuah-Mensah has several awards and academic honours, and over sixty publications to his name. He has prepared over twenty conference papers and has been involved in several research and development projects, a number of which are still ongoing. He has taught at both the undergraduate and post-graduate levels; and supervised students’ research work for post-graduate diploma, Master’s and PhD students. He can also boast of membership of scores of national and international boards/committees, University boards/committees and public bodies.

Prof. Mark Appiah , College President
Professor Mark Appiah is the current President of CCST. He was the Deputy Director of CSIR-Forestry Research Institute of Ghana (CSIR-FORIG) (July 2017 – July 2019) and served as a vice chair of the Institute’s principal governing Board. He held a permanent position as a Principal Research Scientist (Agroforestry) at the CSIR-FORIG since September 2013. He also held different administrative and management positions including the position as the head of Division for the forest improvement and productivity division and the Coordinator for the Climate Change and Integrated Natural Resources Management Post-Graduate Programme of CCST.

As the Deputy Director he guided the institute’s efforts in research initiatives and supported the implementation of the climate change post graduate education hosted at CSIR-FORIG. Prof Appiah initiated and helped craft the partnership between the CSIR and University of Eastern Finland (UEF), which led to the establishment, in 2012, of the Masters in Bioeconomy and Natural Resources Management Programme between CSIR and UEF. He has also initiated and led in the implementation of several national and international forestry and education collaborative projects funded by agencies such as the Academy of Finland, ITTO, the World Bank and the Finnish Foreign ministry through the UEF. Prof. Appiah’s project activities have contributed significantly to improving forest management and biodiversity conservation in Ghana. In recent years, he has turned his scholarly focus to higher education and leadership to help expand both Ghanaian and international students opportunities for post graduate education. He has devoted his time to advising and mentoring students interested in careers in education, teaching and research.

Prof. Appiah holds an Adjunct Professorship in Tropical Forestry at the university of Eastern Finland with academic interests that range across tropical forestry, silviculture, sustainable forest management, biodiversity conservation and social forestry. He is the author or co-author of over 40 publications on topics related to the above-mentioned areas of academic interests including a standard textbook chapter used globally in training for wildland fire management, printed in thousands of copies in several languages. He is a member of several Professional Organizations including the Society for Ecological Restoration (since 2016), the Finnish University Partnership for International Development – UniPID (since 2006), the African Forest Forum (AFF) (since 2008), and The Global Partnership on Forest Landscape Restoration (since 2010). Prof Appiah is also a member of several boards including the Board of Directors, Tapaman Senior Secondary Technical School, Abotoase, Oti Region, and the FinCEAL Regional Advisory Group. (FinCEAL = Developing Finnish Science, Technology and Innovation Cooperation between Europe, Africa and the LAC Region. It is financially supported by Finnish Ministry of Education and Culture).

Prof. Appiah, who’s both parents are Ghanaian, attended the University College of Education, Mampong Campus, where he received his Diploma in Agricultural Education 1992-1995. He went on to earn Master of Science (MSc) degree in Land use in Developing Countries at the University of Copenhagen in Denmark, formerly called The Royal Veterinary and Agricultural University (KVL) (1997-1999), and a Ph.D. in in Tropical Silviculture from the University of Helsinki, Finland (1999-2003). Prof. Appiah is married with two daughters. 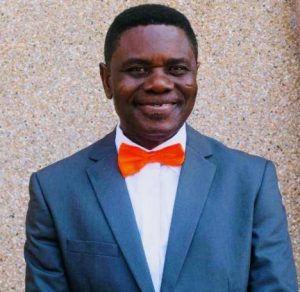 Rev. Prof. Hans Adu-Dapaah, College Vice-President, Academic & Students Affairs
Rev. Prof. Hans Adu-Dapaah is the current Vice President of the CSIR College of Science and Technology (CCST). He is a product of Kwame Nkrumah University of Science and Technology (KNUST), where he graduated with BSC (Hons) in Crop Production (Agronomy). He then proceeded to the University of Ibadan, Nigeria where he obtained his Master of Science (MSc) in Plant Breeding/Genetics and Doctor of Philosophy (PhD) in Plant Breeding-Genetics in 1985 and 1989 respectively. Rev. Prof. Hans Adu-Dapaah joined the CSIR – Crops Research Institute, Kumasi, in 1981 as Assistant Agronomist and rose through the ranks to become Chief Research Scientist in 2006 and a Director of the Institute (CRI) from 2008 to 2014. A renowned Plant Breeder of international repute, Rev. Prof. Adu-Dapaah has to his credit, 60 refereed journal papers, 39 edited conference papers, 16 technical reports, 8 books and production guides and 6 conference abstracts.

Rev. Prof. Hans Adu-Dapaah has attended several conferences and won several honours and awards. Notable among them include, in 2000 Outstanding Scientist of the 21st Century Diploma Award, International Scientist of the year in 2001 Diploma Award and National Best Researcher Award in 2005. He is a fellow of International Atomic Energy, Indian Agricultural Research Institute, New Delhi and a member of the Editorial Board of Ghana Journal of Agricultural Science. As a reputable Scientist, Rev. Prof. Adu-Dapaah led a multidisciplinary team to develop and release several crop varieties to boost the agriculture sector in Ghana. Rev. Prof. Hans Adu-Dapaah is married and a Senior Associated Pastor of Oasis of Love Church, Ahodwo, Kumasi. 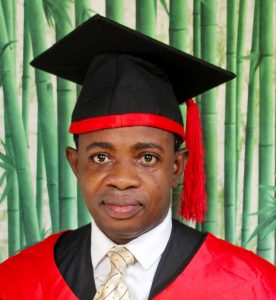 Mr. D. Baah-Koranteng, Assistant Registrar
Mr. D. Baah-Koranteng is young seasoned University Administrator who obtained his Bachelor’s degree in Education (Social Science, Economics option) from the University of Cape Coast in 2005. He followed up with his master’s degree after having worked in the same university for six years after the mandatory National Service. In 2015, he earned a Master of Philosophy degree in Administration in Higher Education.