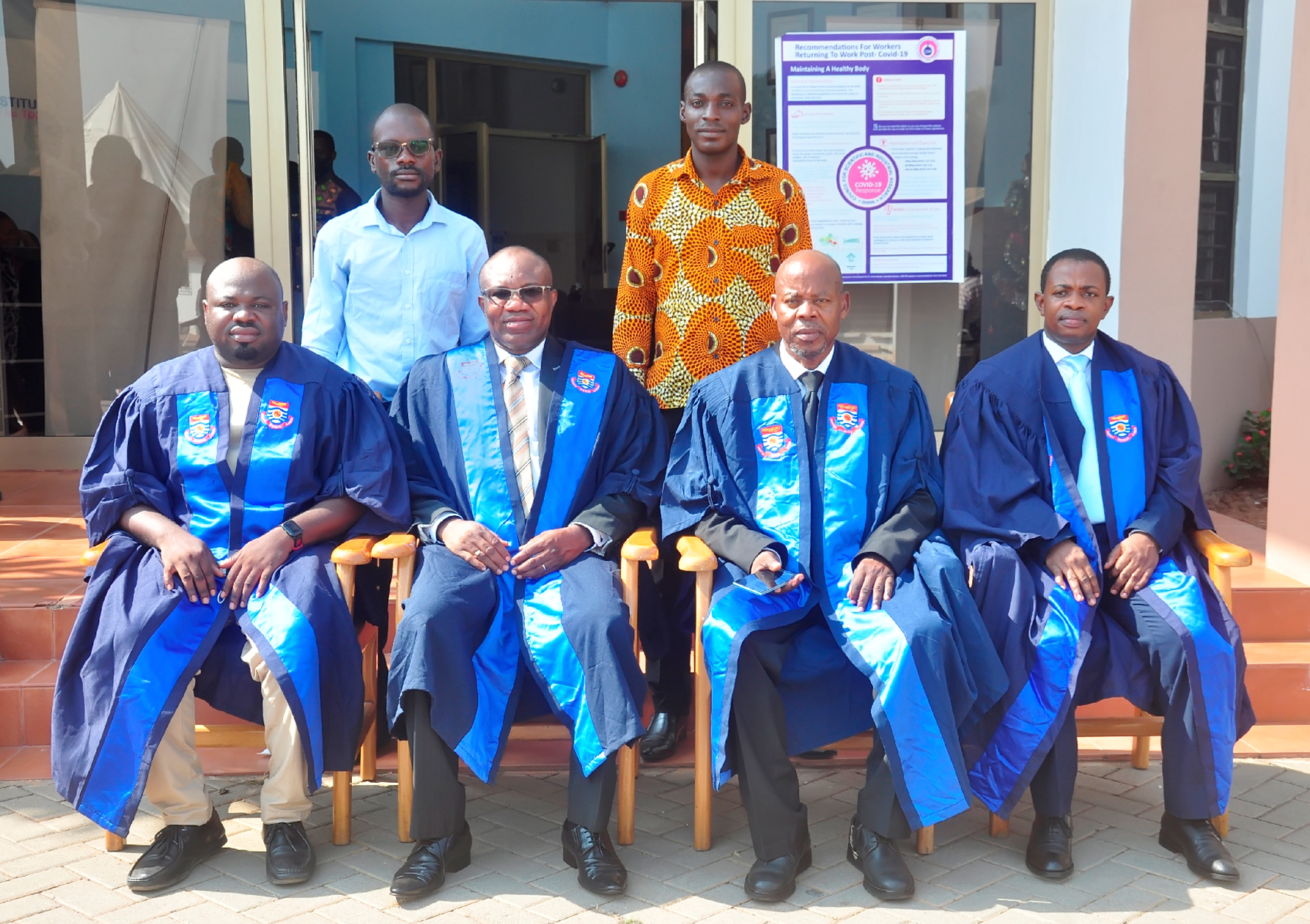 The students in a group photograph with the teaching staff of CCST. Among the staff is Professor Mark Appiah, the College President of CCST (seated 3rd right) and Mr Edward Decker, Scientific Secretary to the Director-General of CSIR (standing behind Professor Appiah).

The Council for Scientific and Industrial Research College of Science and Technology (CCST) has matriculated 24 fresh students who would pursue post graduate degree programmes at the College till 2022/2023 academic year. The ceremony which took place on Friday, 15th January, 2021 at the CSIR-Food Research Institute (FRI) was split into two sessions where an orientation was initially held and followed by the matriculation.

At the orientation session, staff of the college including lecturers, heads of departments and the Student Representative Council (SRC) leadership took turns to welcome the students, threw light on the courses and what it takes to passing the programmes of study. The May and September 2020 batch of students were advised to make use of the library resources and the internet to facilitate their studies.

Professor Mark Appiah, the President of the CCST who gave an overview of the college said CCST was established in 2012 and has a 12-member governing board. He stated the college which is affiliated to the University of Cape Coast (UCC) offers programmes in Natural Sciences and Environmental Management at various Master’s degree levels including Master of Science and Master of Philosophy (MSc/MPhil) in Climate Change and Integrated Natural Resources Management.

Professor Appiah added that, the college offers MPhil in Plant Breeding and Biotechnology, Food Science and Technology, Fisheries, Soil Health and Environmental Resources Management and Industrial Animal Nutrition and Feed Technology. The President of the CCST urged the students to make good use of their two-year stay on the campus, take advantage of the resources at their disposal and develop good rapport with the lecturers.

“Ask all the questions you need to ask. If you don’t understand, consult the staff around”, Professor Appiah said. The President led the students to read the Matriculation Oath and Declaration of Obedience to commit them of living good lifestyles throughout their stay on the campus. Mr. Edward Decker, the scientific secretary to Professor Victor Kwame Agyeman, the Director General of CSIR, who spoke on behalf of the latter gave a detailed presentation on CSIR and its functions.
Report by Daniel Oduro-Mensah & Dora Mensah Donkor